that the knives you’ve sharpened

will one day stop hurting me,

and I shall live.

I am healing, and as my life now grows,

those knives of yours are less fearful

I no longer flinch when you use them:

I no longer blink.

Am I hardened? Am I well?

Have I developed a shell?

Or is this true strength?

Only God knows the work He has wrought in me.

Only God knows why He chose to save me from you.

Only God knows His plan

Now is it just me that thinks this is just brilliant?

Ok, I’ll explain – this little tool, from Google, searches books in any time period you choose, and displays usage as a graph so that you can see when it has most references. I would say this is pretty accurate (I can’t see why it wouldn’t be) and it’s certainly fun (for a word-geek like me. Word).

In fact the minute I was faced with this tool my mind went blank – I could search for any word I wanted, and couldn’t think of any for a moment. Then they came in. I started off with the word contemn, which is found throughout the King James Bible.

Then on to another – how about demirep? 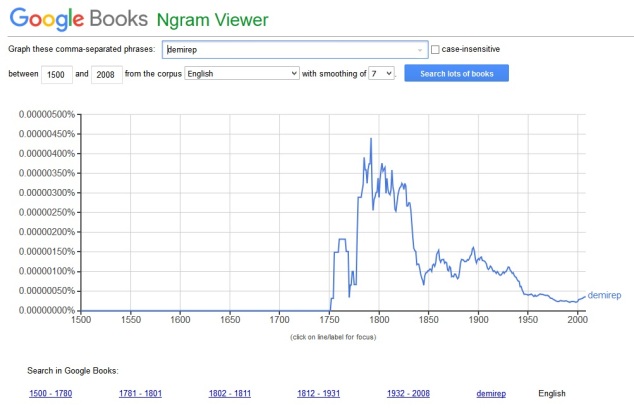 W00T! What does demirep mean? Well dictionary.com has a very unsatisfactory definition, so from my 1923 Nuttall’s etymological dictionary we have:

‘a woman of suspicious chastity’ (demi-reputation)

And then of course, how about obscurantist?

Haha! What is an obscurantist?

This could describe many things, people and organisations today! Just look at the government and their statutes written in legalese! Most certainly hiding knowledge from people and evading clarity. Another fascinating word!

So now – go and have fun, (Link: https://books.google.com/ngrams) and please tweet your charts to me over at @Glorious_voice – I can’t wait to see what you search for!

Unwillingly Miranda wakes,
Feels the sun with terror,
One unwilling step she takes,
Shuddering to the mirror.

Miranda in Miranda’s sight
Is old and gray and dirty;
Twenty-nine she was last night;
This morning she is thirty.

Silly girl, silver girl,
Draw the mirror toward you;
Time who makes the years to whirl
Adorned as he adored you.

Time is timelessness for you;
Calendars for the human;
What’s a year, or thirty, to
Loveliness made woman?

Oh, Night will not see thirty again,
Yet soft her wing, Miranda;
Pick up your glass and tell me, then–
How old is Spring, Miranda?

A lovely poem full of whimsy and joy – I hope you enjoyed it!

Now I know that the younger audience can only dream of the day they get to drink wine, being far too young to imbibe the grape just yet. But as a neat lesson in French this sign took me only a moment with my appalling fail-level French to decipher.

Yes – it’s grape juice on the road! Yes – it’s grape harvesting time, and indeed the danger of slipping on grape juice on French roads must be at an all time high! It certinly amused me, even if it has a serious note. But, you may wonder, why is the word raisin and not grape? Raisins are those dried things, aren’t they?

Well the origin of the word raisin has a botanical root. It comes from the word raceme. Excuse me *adjusts* I’m going to geek out now (being a former horticulturalist).

So, what’s a raceme, Lis? Well I’m glad you asked!

A raceme is a flower form (inflorescence) where the flowers are on short stems (pedicels) from the main stem – like so:

Now, you might ask, where did the word ‘raceme’ come from? Well, in typical language circular logic it goes right back to…

Oh and I have to add a real What the…? moment. Take a look at the two dictionary definitions. First one claims raisin’s origin is raceme, from 1350’s, and the second one claims the origin of raceme is 1775. Excuse me? 🙂

This is a really powerful love poem. Norman MacCaig is one of my favourite poets. I hope you enjoyed this!

Finally a fun video to go with this poetry reading, I hope you enjoy it! 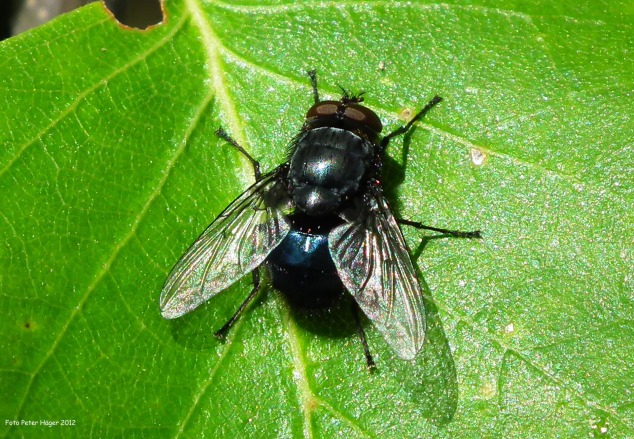 Praise the Lord for flies!

Without them the redolent stench of death would bring water to our eyes!

The rotting fox in the hedgerow,

not only the country’s saved the smell, but indeed so is your house!

Even the little shrew,

death gets them all, and flies are the clean-up crew!

Praise the Lord for flies!

Without them the redolent stench of death would bring water to our eyes!

Don’t ask me about what prompted the mental processes which produced this little ‘gem’. Just don’t ask….

Anyone would think I liked Tessimond, wouldn’t they? 😉

This one worked out rather well 🙂

This is fun – I hope you enjoy it. Be sure to check out, like and share my other videos here. Thank you!